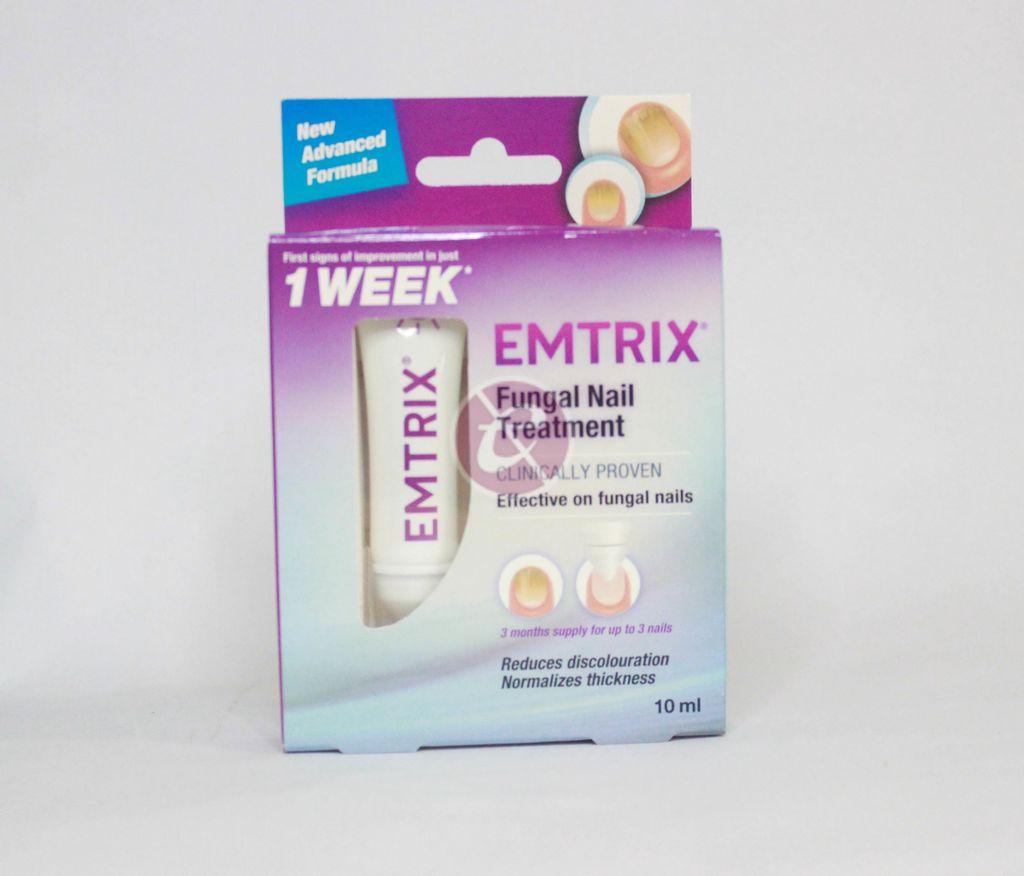 Emtrix is a topical treatment (on the nail) for nails affected by fungal nail infection or psoriasis.

Emtrix improves the appearance of discoloured and deformed nails. Emtrix has a physical keratolytic effect and degrades the cells of fungi that typically cause fungal nail infection. Emtrix increases hydration, gently smoothes the outer layers of the nail plate and, by changing the nail’s microenvironment and improving nail surface integrity, keeps nails in good condition. First signs of improvement are normally seen after 2???4 weeks of treatment.

Emtrix is a patented composition consisting of propylene glycol, urea and lactic acid.

Emtrix ingredients are all GRAS listed compounds (General Regarded as Safe by FDA) and fully biodegradable. The product is free from preservatives and fragrances.

Emtrix is easy to use and there is no need to file the nail as part of the treatment. Emtrix is applied once a day to the discoloured/deformed nail. For Emtrix to work better, it is a good idea to make the treatment a routine at bedtime.

This is how you do it:

Hold the point of the tube onto the nail and press lightly.

Apply a thin layer over the entire nail surface, including under the free edge of the nail.

Leave to dry for a few minutes.

Duration of treatment varies according to the initial severity of the condition and the extent of the nail’s discolouration/damage. It normally requires at least 3-6 months’ treatment to achieve a significant improvement, but visible results can often be seen after only 2-4 weeks. For optimal result, the treatment should be continued until a normal nail has grown out.